Y’all have heard me speak often of my two dogs, Bella and Harley.  And if you know me at all, you know that they are shelter dogs because I would absolutely have it no other way.  They were both adopted from a bully breed rescue, but all we knew was that they had physical characteristics that put them in the “bully breed” category.  We’ve never really cared what their breeds were, but we’ve always been curious.  Well, I had a few dollars burning a hole in my pocket a few weeks ago, and I broke down and gave in to the curiosity.  I ordered a Wisdom Panel 2.0 DNA test for each of them.

The kits were delivered from Amazon within just a couple of days, and the whole process of collecting the sample and returning the kit was super easy.  Each kit came with two cheek swabs, an activation code, and return postage to the lab.  Harley’s results were ready two weeks from the day that I mailed them, but for some reason Bella’s took almost twice that long.  I had made my guesses on what the results would be, and I was dead-on with some of them and completely wrong about others.
This is Harley.  My guess for him was most, if not all, American Staffordshire Terrier.

This is Bella.  I had guessed her to have some sort of bully breed  (we had always labeled her an American Bulldog mix), mixed with Boxer and some sort of herding breed. 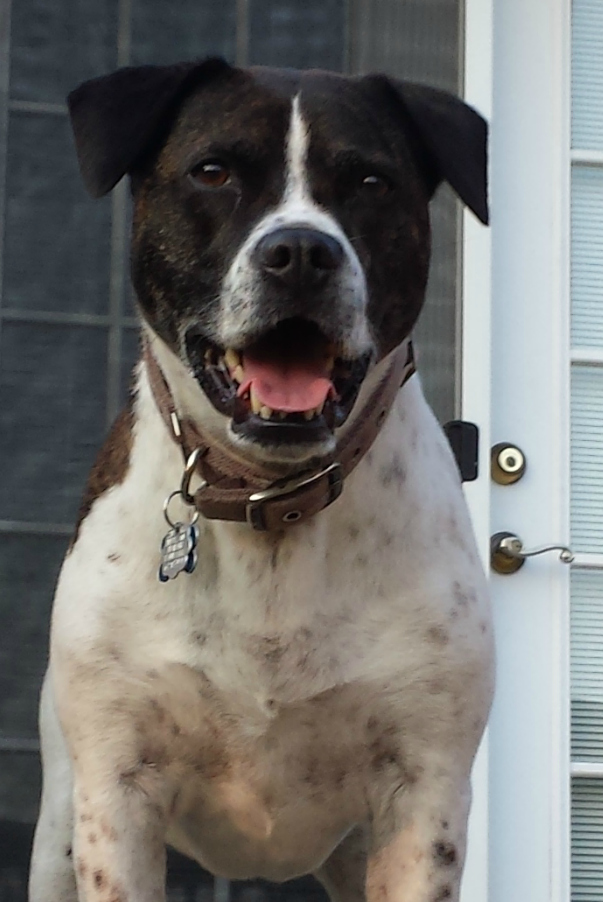 Well for Harley I was half right.  I was completely right about the American Staffordshire part, but as it turns  out, HE’S the one with the Boxer in him!  The DNA report goes back three generations, and his family tree shows that one of his parents was an AmStaff/Boxer cross, and the other was an AmStaff mix. 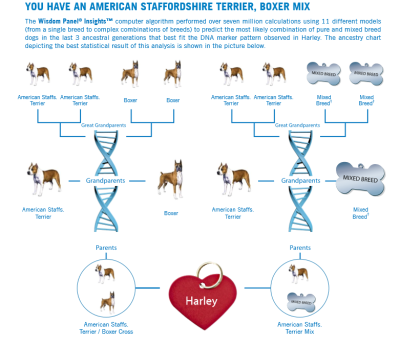 In addition to the primary breeds, the report also listed the top five breeds that are likely to have contributed to the mixed breed based on other markers that were present but less detectable.  I laughed out loud when I saw English Toy Spaniel on his list.

And as for Bella, I was mostly right about her too.  I was completely wrong about the Boxer part though.  That’s nowhere to be found in her lineage.  But I was right about the other stuff!  She’s our little Bulldog/Belgian Malinois mix!

What’s funny is that I thought that she might have SOME herding breed in her, but she is made up almost completely of herding and hunting breeds! 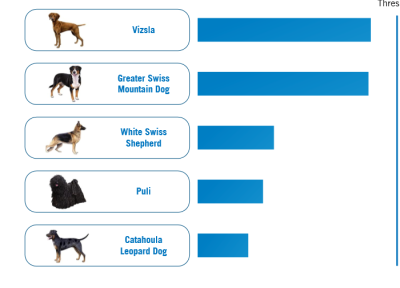 For the price I paid ($65 each), I’m very happy with the service and the results.  I feel like they are very accurate.  I’m sure I could have gotten a more detailed, more accurate result if I’d been willing to throw down a few hundred bucks for an actual forensic DNA test, but for a cheap, commercial, just-for-fun test, I feel like this was definitely worth the money.
Questions? Comments? Reviews? Just want to connect? Feel free to contact me --pamfrench@hotmail.com