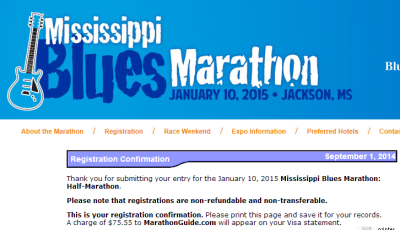 Sometimes the route you were planning to take changes.  Sometimes you encounter roadblocks and have to go off course and do some unplanned twisting and turning.  You’ll still get to your destination, but it may take you a little longer to get there.

I won’t be ready to race RnR St. Louis in October.  Due to the circumstances with D’s mom, I just haven’t had the time to invest into quality training.  I’m running here and there and will no doubt be able to cross the finish line that day, but it will not be in a PR attempt as originally planned.  I’m spending the weekend with two FABULOUS LADIES, so there will be no shortage of good times, and October 19, 2014, is going to be about having fun running through Cardinal Nation and showing my team pride!!!  One of those ladies will be racing her first 70.3 only two weeks before this, so depending on how recovered she is, we may just have to shoot for a new personal worst!  haha  If I remember right, there are plenty of bars on the course.  And how cute will I be in these?!

The PR attempt will be delayed by at least six weeks when I’ll be running St. Jude in Memphis again.  And I’m even toying with the idea of running Mississippi Blues in January since it JUST SO HAPPENS to be on my birthday!  (And probably Little Rock again too since I’m so in love with that race.)  So yeah, my route has had to be recalculated, but I’m not one little bit upset about it.  The time I would have been running (and everything else, for that matter) has been spent with family, and that’s where I both need and want to be right now.  There’ll be plenty of time for everything else very soon. 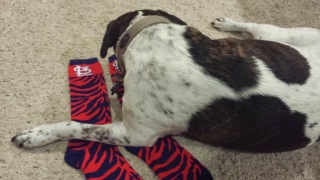 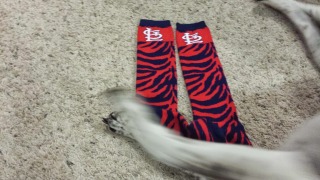