Another weekend, come and gone.  *POOF!*  Just like that.  This weekend was the perfect mixture of fun, active, and lazy.

Friday when I got off work, I did something I rarely do–I went to the gym.  Friday afternoons are usually my unwinding, beer-drinking time, but when I looked at the WOD and saw it was all upper body stuff with some rowing, I wanted to go.  Lord knows I need all the upper body help I can get.  I’m really glad I went!  There was only one other person there for the 5:30 class besides me, so the coach spent a lot of one-on-one time with us.  It was great.

When I got home I was kind of surprised that D wasn’t home yet.  It was nearly 7, and he really tries not to work past 6 on Fridays.  It’s our Friday night ritual to grab takeout for dinner, and I was starving, so when he wasn’t home by 7:15, me and the dogs hopped in the truck to go to the shop and drag him out of there.  But when I got there, I saw what the hold up was.  He had been waiting on his Dad and uncle to get back in town to unload his newest acquisition.  They had driven to East Tennessee to pick up this: 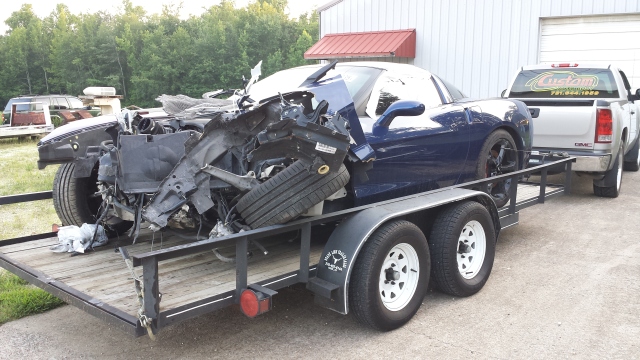 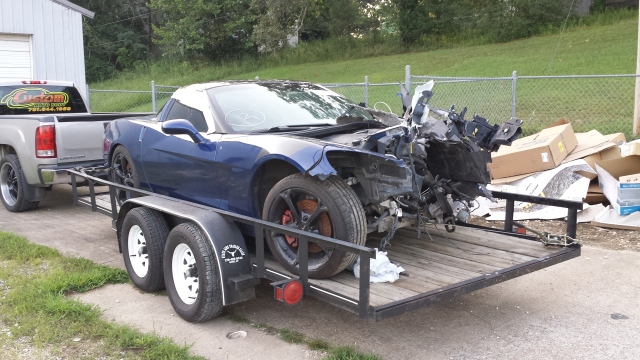 He won it on auction for $2,500 and it has WAY more than that much on it in parts that he needs for a couple of other Corvettes he is in the process of rebuilding right now.  So it’ll be used as a donor car and stripped for parts and sell or scrap what’s left when he’s done.

The rest of Friday night consisted of Taco Bell and Cardinals vs. Braves on TV.  I’m so feminine.

Saturday morning the insomnia monster reared his ugly head.  I woke up, wide ass awake, for no reason whatsoever at exactly 3:48.  I stayed in bed hoping to go back to sleep until almost 4:30 then gave up, got up, and started the coffee.  I had absolutely nothing I had to do and nowhere I had to be all day long, and I milked that for all it was worth.  I wasn’t a complete bum.  I did do some cleaning and several loads of laundry, but that was spread out over several hours of Harry Potter and It’s Always Sunny in Philadelphia watching.  But even while I was watching TV I was multitasking:  paying bills online, doing some shopping online, ordering photo prints online… wow, remember when you actually had to put on pants and leave the house to do things?  And, yes, I said ordering photo prints.  I’m still old school in that respect.  I still order prints.  I do one photo album every year with printed photos from some of the highlights of that year.  I don’t know, there’s just something nostalgic about flipping through the pages of a photo album. 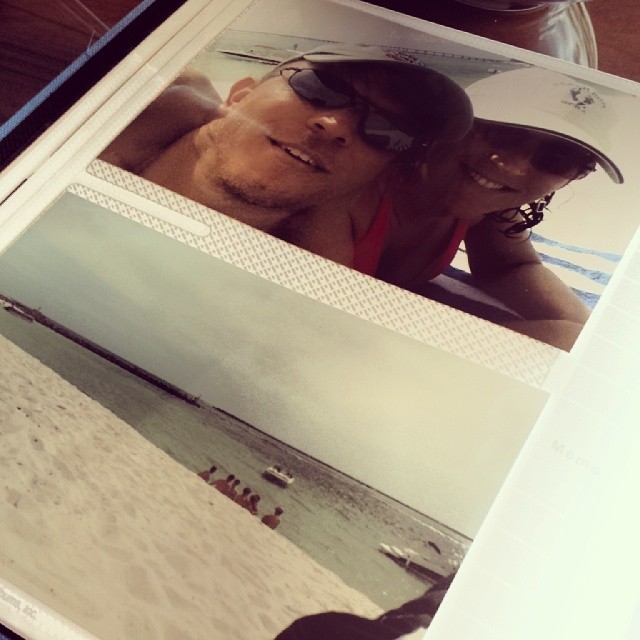 But the thing I’m most proud of doing Saturday is this! 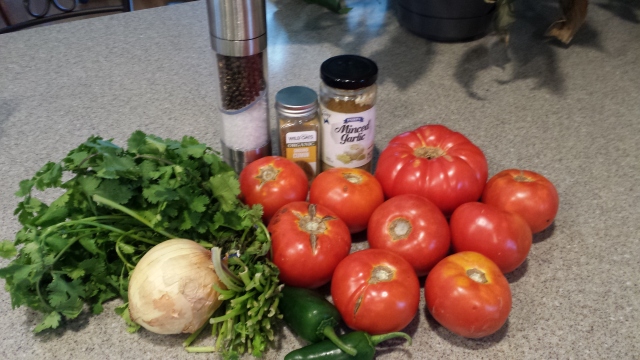 I’m a total newb at canning.  But really I don’t think this counts as canning.  I didn’t cook anything or put any of this up.  It only made three small jars, so I just stuck them in the fridge.  I’m a salsa freak anyway, so it’ll get used quickly. 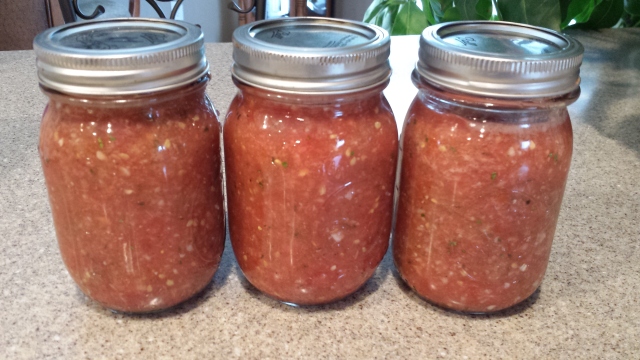 Saturday night we went to the movies to see…wait for it… MINIONS!!!  I’ve been dying to see that since I first heard it was being made.  We were the only adults in there without kids.  It was hilarious.

Sunday I got caught out in a torrential downpour when I left to get groceries.  I had no idea it was even supposed to rain!  It was perfectly sunny when I left the house and by the time I got to town… 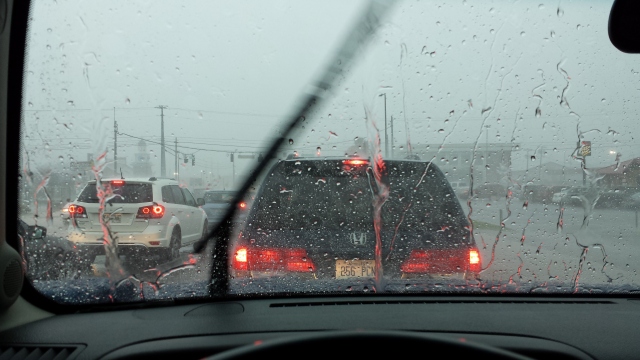 I sat in the Kroger parking lot for 10 minutes hoping it would let up, but it never did, so I got drenched walking in.  Part of my grocery list involved getting the stuff to make pickles.  Like I said, I’m a total newb at this, but I have a ton of cucumbers that are going to go to waste if I don’t do something with them.  This will be my first stab at making pickles.  I got all the stuff with plans of making them as soon as I got home and then run later in the evening, but that rain REALLY cooled things off!  When I got home and it was still only 83 degrees (albeit with matching humidity–yuck), I put my pickle plan on hold and hit the pavement.  I ran five miles, making that my longest run post-injury!  It was at an embarrassingly slow pace and I even had to walk once for a minute at the top of a hill, but I’m just tickled shitless to be back out there.

And now we’re sitting here watching Run All Night that I grabbed from the Redbox while I was out earlier, and this weekend is a wrap.  I’m really not looking forward to this upcoming week.  I’ve got a new employee starting bright and early in the morning, and that’s always kind of a mess for the first little while.  So here’s hoping for a smooth transition!

Do you do any canning?  Any tips for a first-timer?

See any movies this weekend?

I’m linking up with Tara at Running ‘n’ Reading again for her weekly weekend update linkup!

14 thoughts on “Weekend Recap: Trying New Things and Slowly Getting My Miles Back!”