Hi everybody!  My name is Bella, and yesterday was my birthday.  I am two years old!  (My Mom is worried about what the terrible twos will bring.  She thinks I’m a pain in the butt now–she ain’t seen nothin’ yet!)

I’ve lived with my Mom and Dad since June of 2009 when they adopted me from the wonderful people at Eleven Eleven Bully Rescue in Dickson, TN, who saved me from being put to sleep in a shelter when I was just a baby.  Mom was heartbroken because Lucy, my older adopted sister, had just passed away.  I never met Lucy, but Mom tells me about her all the time, and I see her grave and rose bush in the back yard.  She knew she couldn’t replace Lucy, but she thought having another dog around might help the grieving process.  So Mom and Dad started scouring petfinder.com.  Mom wanted an older dog, but Dad saw me and thought that I was a cutie.  One afternoon, they came to meet me.  They had no intentions of taking me home that night.  Mom still had several other dogs at other shelters that she wanted to meet too.  But guess what?  An hour later, I was riding in the car in Mom’s lap on my way to my new home.  For real now, how could you say no to this?
﻿﻿ 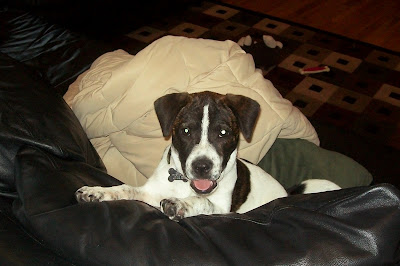 I got home that night and met my big sister, C.C.  She didn’t like me very much.  I don’t know why.  I wouldn’t give up though.  Every time I saw her I tried to get her to play with me, but she just wouldn’t.  She would just slap me, spit at me, and run away.  How rude.  It’s okay though.  We’ve grown closer now. 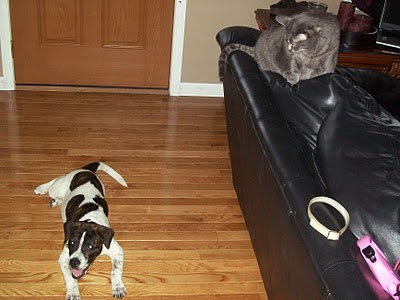 When I first got home, I was pretty skittish.  I had only ever lived outside and in a kennel before.  I was scared of everything.  Especially the TV.  And the sprinkler outside.  It took a few days, but when I figured out that nothing was going to hurt me I started to explore.  And chew.  I chewed a lot of things.  Books, rugs, shoes, couches… Remember this? 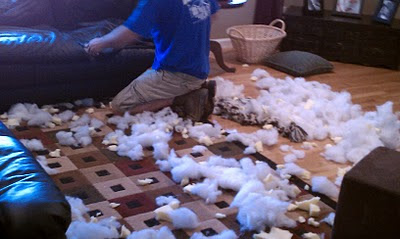 I had lots of toys to chew on, but those just weren’t as much fun.  I could destroy those in just a few seconds. 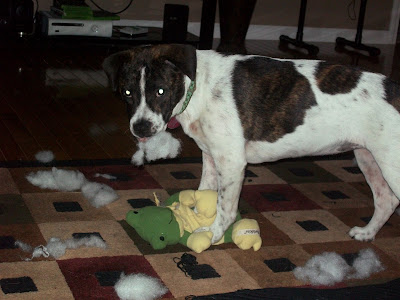 Mom and Dad spent lots of money on toys trying to find something to satisfy my chewing need before they discovered Kong and Nylabone.  I can chew on those for HOURS and never get bored.  Oh, and a basketball.  I can play with one of those for a long time too because it’s too big for me to get my mouth around.  I eventually get my teeth into it though. 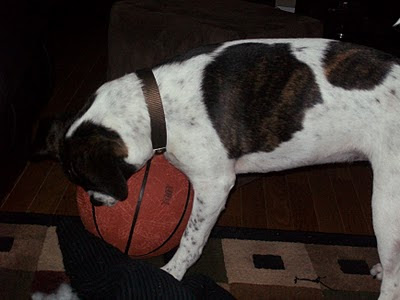 When I was a few months old, I started itching really bad.  I would scratch and scratch and scratch but it just never went away.  I would scratch until I made myself bleed and until I was just so exhausted that I had to lie down and rest to catch my breath.  Mom took me to the doctor.  When it first started, it was only on my head.  The doctor thought I got into a bed of something at the park and got bitten.  Then when I started itching everywhere else he thought it was allergies.  When I started losing my hair, though, he scraped off some of my skin (OUCH!) and found out that I had demodectic mange. 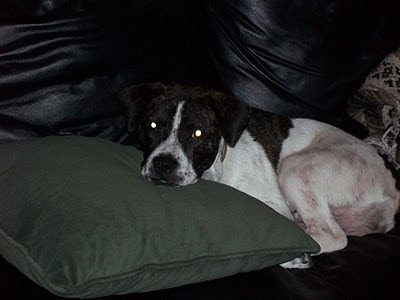 I looked pretty bad for a while, but once we started the treatment, my hair grew back in and I was back to my beautiful self in just a few weeks.

I saw way too much of the doctor when I was little.  In addition to all that skin stuff, I had to have surgery to make sure I never have puppies too.  It wasn’t so bad though.  They told me I wasn’t supposed to do much exercise for a few days afterwards, but I felt fine within a couple of days.  I had way too much energy to just lie around.

I ALWAYS have too much energy to just lie around.  But when I do, it’s often in some very strange places and positions. 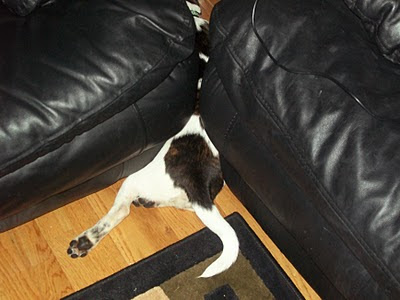 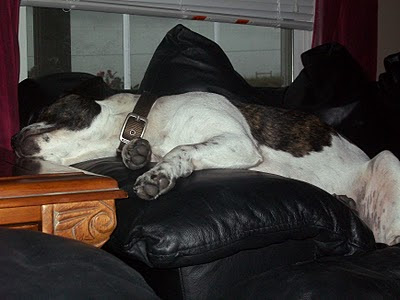 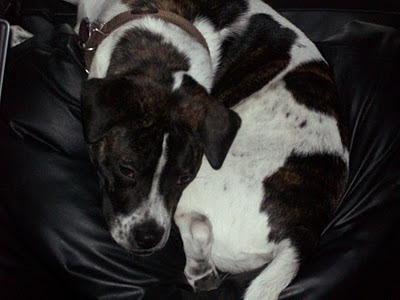 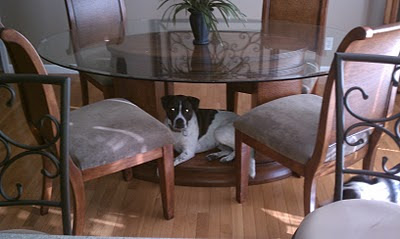 Mom and Dad couldn’t keep up with me, so about a year ago they decided they needed some help.  They adopted my brother Harley to help occupy me.  Mom had always wanted two dogs, but Dad didn’t.  I changed his mind.  Me and Harley play and wrestle nonstop.  He was smaller than me when he first came to our family, so I usually got the better of him, but he’s bigger now and has learned how to hold his own. 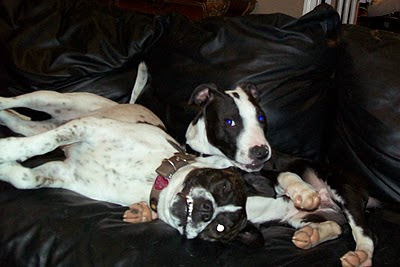 All in all, life is good!  I have parents that take good care of me, a little brother to play with all the time, a big back yard to run in, my own futon to sleep on…

Did I mention I like having my picture taken? 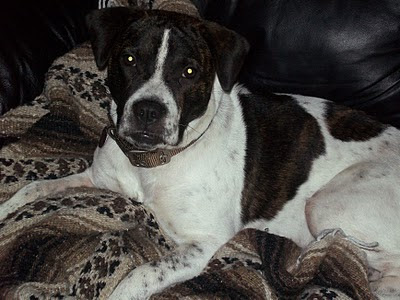 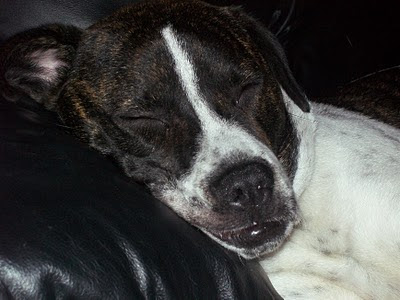 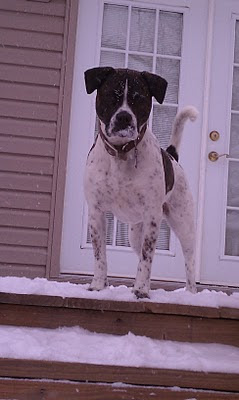 Happy birthday weekend to me!